We have recently been given the opportunity to explore the world of a common vision issue with Baby Boomers… Retinal Detachment. This post by no means will give you information on how to diagnose and/or treat the condition. If you do suspect you may have a detached retina, do not wait, go now to seek help.

This is just a primer on what to expect. A few months back, my wife, Carol, experienced a blob in her left eye, blocking her vision. So we took her over to her optometrist and let the Doc have a look. The optometrist explained that what Carol was experiencing was something called a floater. A small amount of blood had seeped into the vitreous fluid inside her eye and was partially blocking the vision. 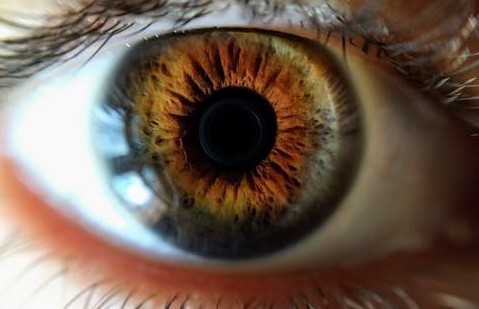 The optometrist could find no evidence of where the blob came from and explained that many people experience these floaters. Then she said there were a few other symptoms to watch for and if they appear, Carol should make a beeline to an emergency room.

A couple of months later, a few of those symptoms, including flashes or waves of light and partially obstructed vision, started showing up. As Carol had an appointment with her doctor coming up the next day, she decided the symptoms were slight enough, she would bring it up with her doctor.

The next day, vision in the eye was blurry with a quarter of the vision being obstructed by a brownish colored half circle covering up part of the vision. Upon arriving at the medical clinic, we signed Carol in, and waited for the doc. When the doctor called us back, the issue for the appointment was conveyed to the doc and the eye issues, which we thought at the time was related to the original issue, were revealed.

The doctor immediately ushered Carol into a darker room, as the sun was bright enough outside, even with the shades closed, the room we were in was still flooded with light. It took a few short minutes to determine a detached retina was strongly suspected and we were informed we needed to go the eye specialist immediately.

When we arrived we were ushered into a room ahead of a few other waiting patients where a thorough exam was performed on both eyes. This included eye dilation drops, numbing drops and bright lights in a dark room. The verdict was in, she did, without a doubt, have a detached retina.

After a phone conversation between the specialist and the eye surgeon we were instructed to be at the surgeon’s office the next morning in preparation for the surgical procedure to repair the detached retina. None of this waiting a week, or making a decision on whether to have it done, this was her eyesight on the verge of being forever gone in that eye. With no breathing room, they were going to squeeze her in and perform the surgery the next day.

The next morning we arrived at the clinic, checked in and was called back into a room in short order. After a quick examination by the nurse for vital signs, the surgeon arrived. He explained there is normally no real cause for retinal detachments, Sometimes a slight head injury may be the initiating culprit but many people get them with no apparent cause. They are not uncommon, as they do happen to a lot of people.

The procedure takes about an hour, with recuperation taking from 2 to 4 weeks, and is normally successful with most of the vision returning. As soon as the surgeon was done with the explanation and initial examination, we were instructed to go to the medical department for a quick physical, which entailed an EKG, a few pokes and prods and then we were off to the surgery department. After all the formalities, early that afternoon surgery time arrived.

Carol was in the OR and Recovery for an hour and a half. The surgeon came out and informed me the procedure had been a success, and Carol should regain her full eyesight. But first, there was some recuperation needed. For 23 hours of every 24 hour period, Carol was to keep her head either upright, or when lying down she was to lay with her head on the left side.

In the midst of a harrowing experience, this was a bit of good news, as some people have to position and hold their head, in a strictly downward position for 4 weeks.   A whole month lying on your stomach with your face pointing at the floor.

This was to keep the gas bubble in a position to keep pressure on the detachment until the healing process was complete. This would take 2 to 3 weeks for the gas bubble to dissipate. In the meantime, no elevation changes, such as mountain trips or airline flights, were allowed, as the bubble would expand and rupture the eye.

At the one-week check up, everything looked fine, the surgeon was satisfied with the results. A day after that, the bubble was at half position, and vision was beginning to clear up.

Long term prognosis includes a virtual 100% chance of cataract surgey in one year.

The next appointment was at the four-week mark, and Carol survived the ordeal.  The vision in that eye had changed to somewhat severe nearsightedness, but still correctable with glasses.  The vision in the eye has a tendency to take extra time to refocus from reading to looking in the distance.  But the alternative would hv been no sight at all in that eye.

Leave us a comment and let us know what your experience with a detached retina was.